Story & Script
After playing an advance copy of the game, we brainstormed several script concepts, which were pitched to the publisher.
The preferred concept was one where we subverted the setup of a 'carefully orchestrated battle plan', with our heroes unleashing pure cartoonish mayhem after getting into position.
We then worked the outline into a fully completed script that was approved by Modern Wolf and developer Cinder Cone.

Animation Style & Character Sheets
In hand-drawn animation, it's important to design characters that are not overly detailed, so the animation process doesn't get bogged down in complexity.

The in-game Skeleton Crew characters already existed in a painterly cartoon style. We boiled six characters down to their defining features, finding the balance between simplicity and accuracy.

We created 'Character Sheets' for each, detailing them from all angles as a guide to keep them consistent once animation began. 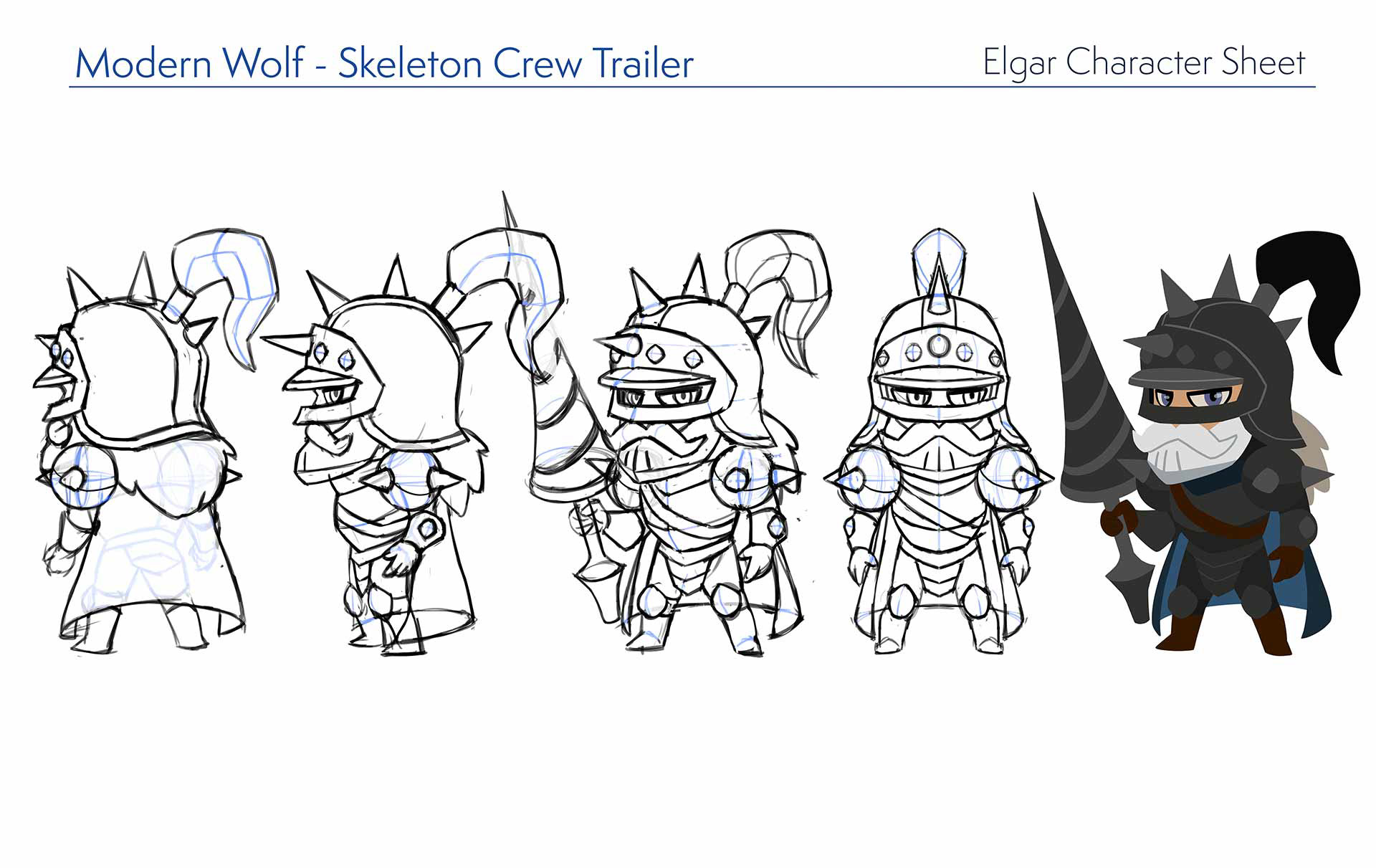 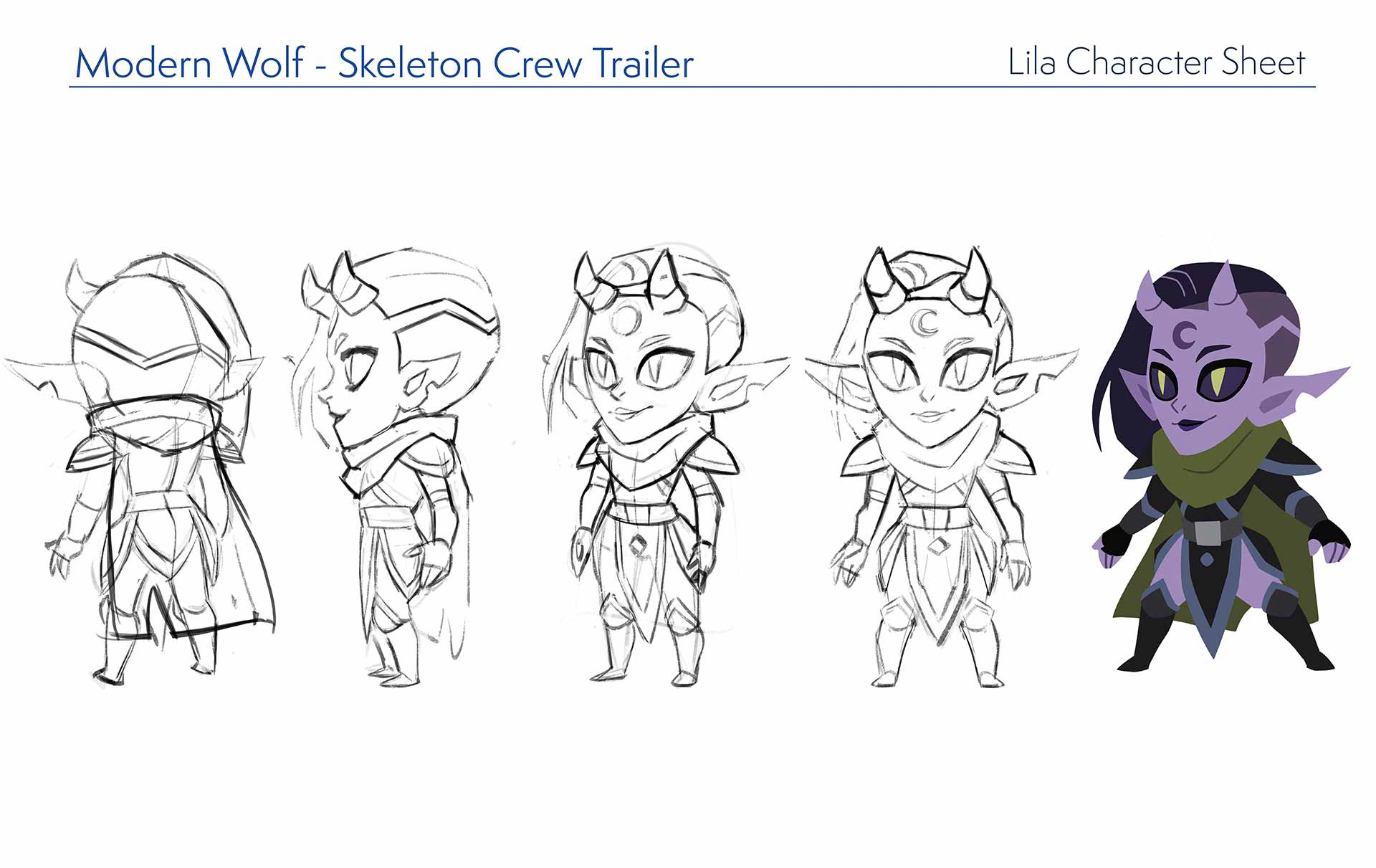 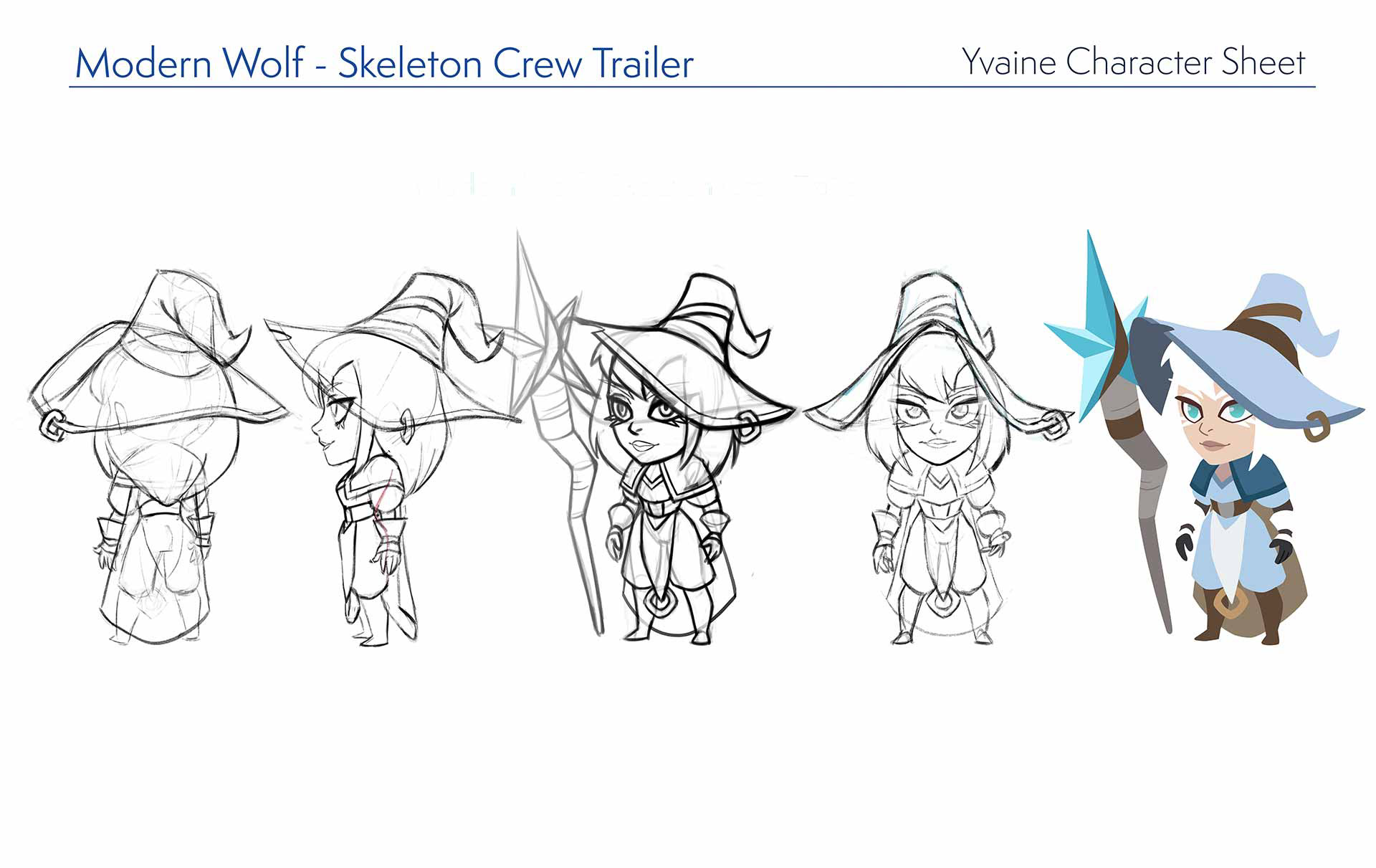 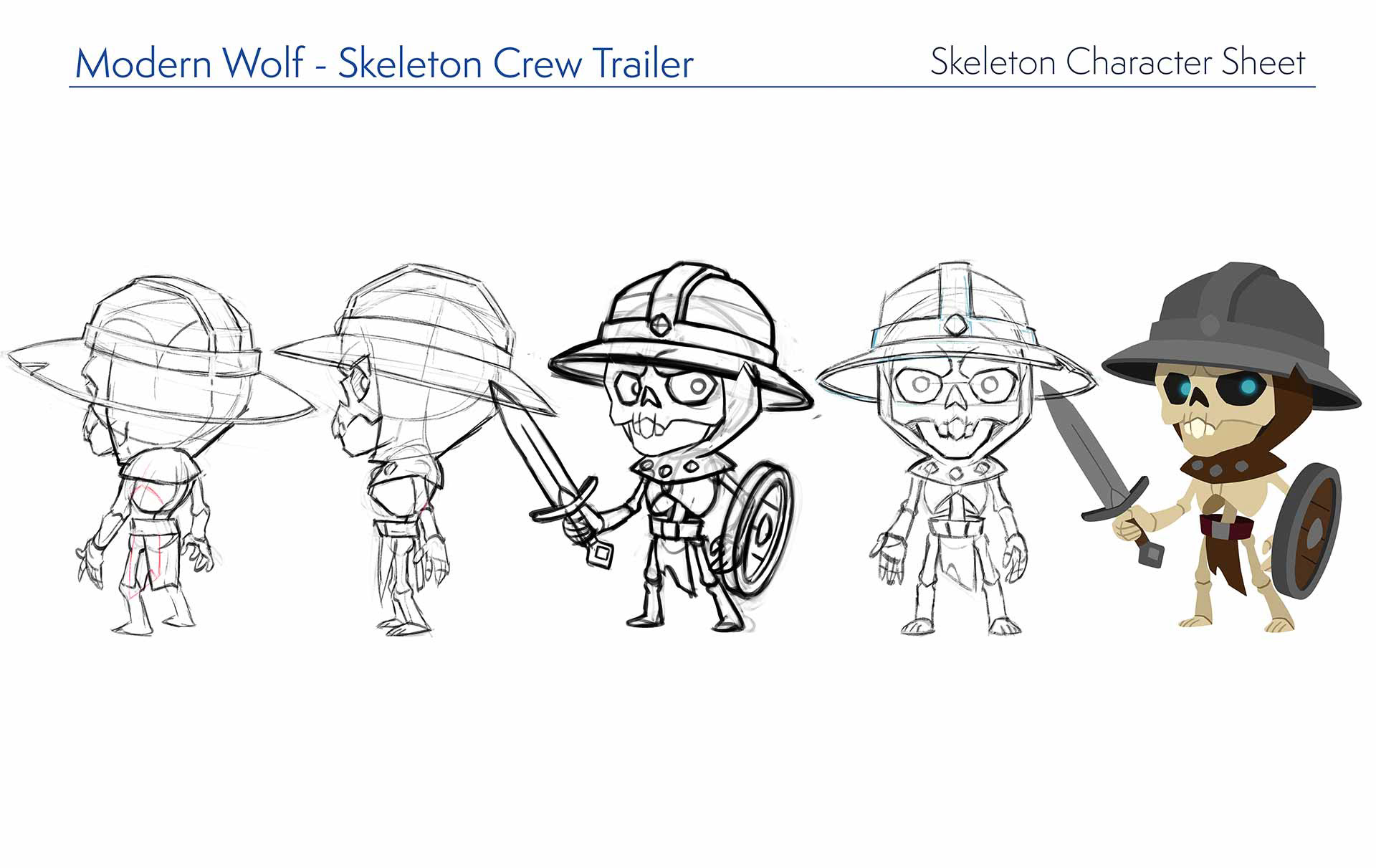 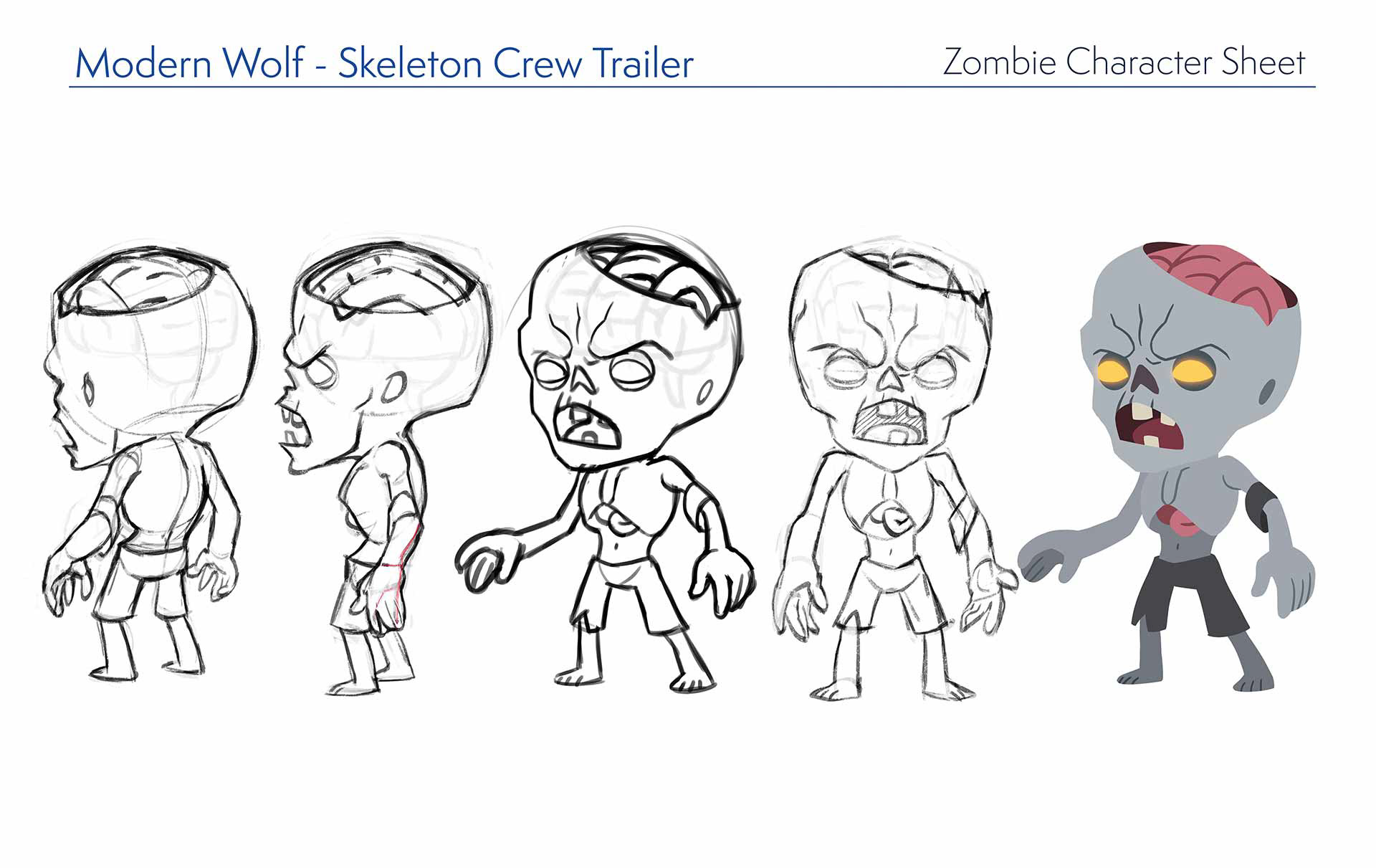 We decided on a 'lineless' approach to the finished characters. The absence of hard outlines meant that elements of the characters needed to be distinguished with subtle colour changes. This required complex palettes of upwards of 30 shades of colour.

Storyboards & Animatic
With the character alterations approved, we roughed out storyboards and cut together a rough 'animatic' to decide on shot angles, pacing, and editing of the final trailer.
Background Art
Mocking up backgrounds in 3D allowed us to set up virtual cameras in the environments. Taking screenshots of these angles, we then painted the final art pieces used in the trailer. 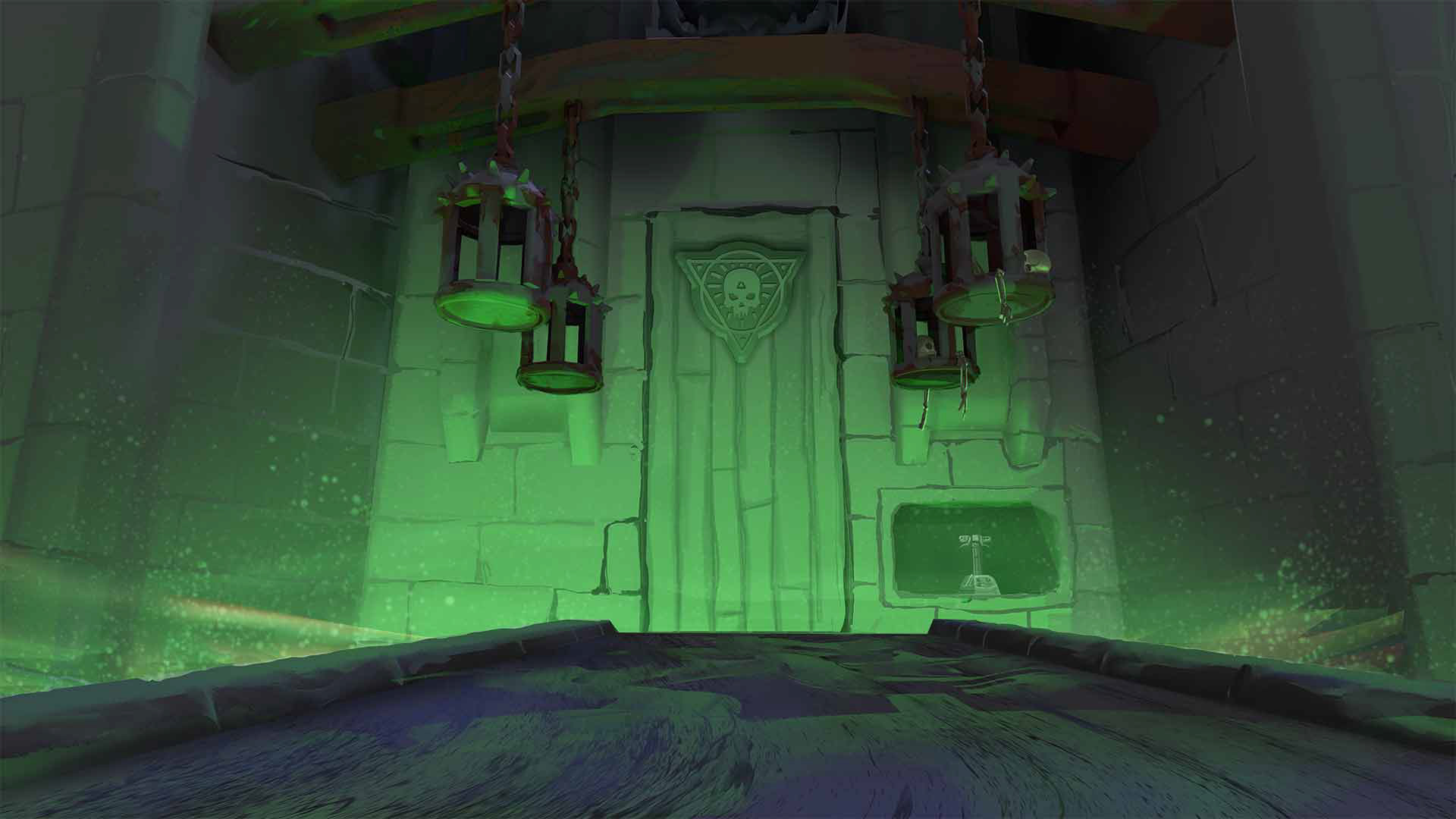 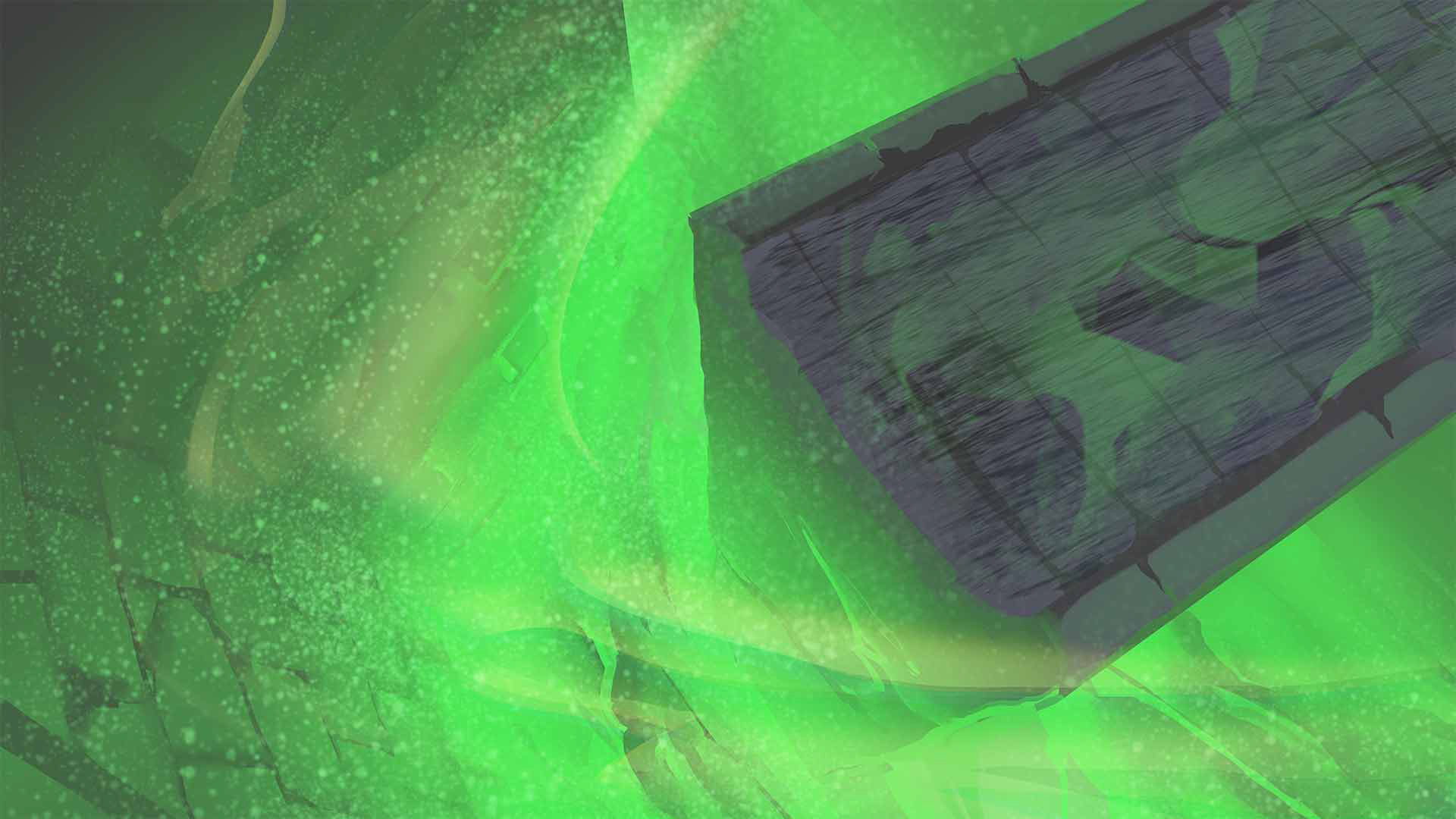 Animation & Compositing
Each shot requires several passes, from the very rough first pass to get across the action, to the final composite, which often required complex camera moves and lighting effects.
Music and Audio Effects
We sourced music that suited the tone of the trailer, and added sound effects and vocalisations for the characters, along with the final audio mix. With that, the trailer was complete!

Want Something Like This?
Get in Touch
↑Back to Top